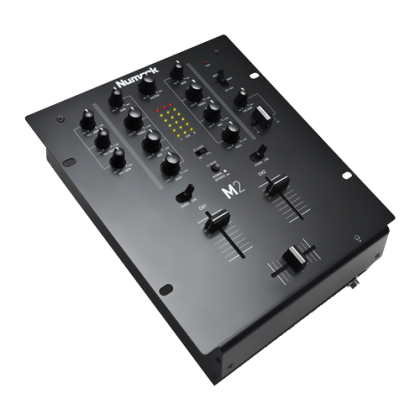 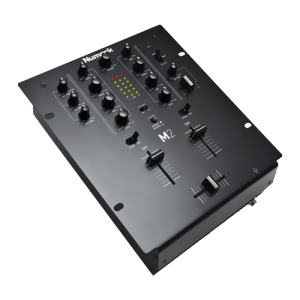 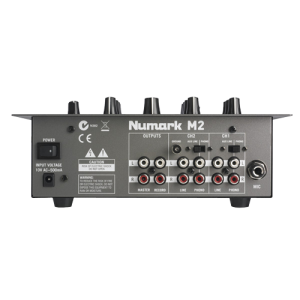 M3 is a tabletop DJ mixer with all of the DJ-essentials plus bonus music-manipulation controls that set you apart from the crowd.

M3 has two channels with phono and line inputs so you can connect turntables, CD players, your iPod, or any other sound source. A mic input gets you heard, and a headphone output with tone controls lets you listen. Three-band EQs and gain controls on each channel, crossfader-style cueing, and a reversible, slope-adjustable crossfader round out the usual list of DJ-essential features.

Numark's team of engineers didn't stop there. M3 hosts a sets of High, Mid, and Low Kill switches and a Transform (Punch) button on each channel so you can create sonic variation at the flick of a switch or the press of a button.

Step up to M3 and hit your next gig out of the park.