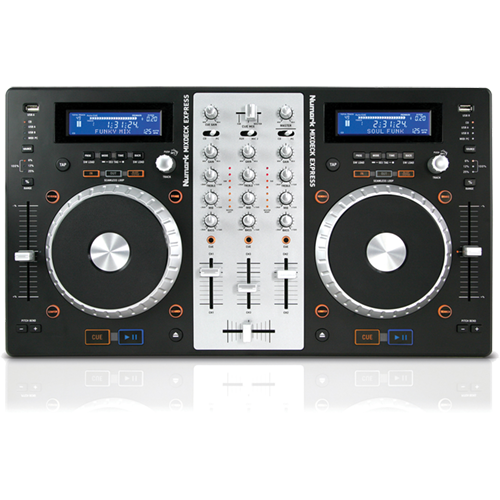 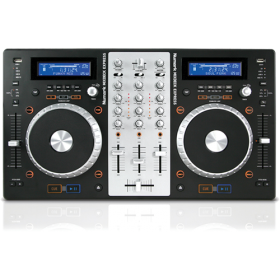 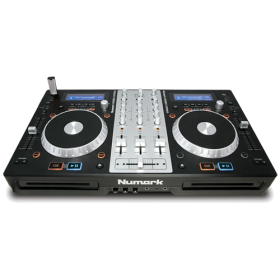 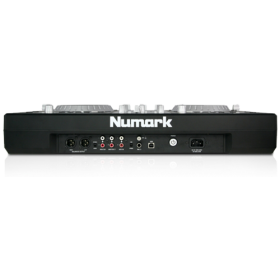 MIXDECK is a complete system for every DJ who blends different kinds of music sources. Whether your music is on CDs, MP3 CDs, USB flash drives, iPod, your computer, or even other analog players, you can mix and perform with it all using MIXDECK. This performance station has the traditional two-decks-and-a-mixer layout you’re used to, but that’s where time-honored DJ tradition meets Numark innovation.

MIXDECK has two large, touch-sensitive illuminated platters and controls for cueing and scratching your music. Each smooth, fast, reliable, slot-loading drive works with both CDs and MP3 CDs. You can also connect a USB flash drive on each deck for access to thousands of MP3s without taking a computer or CDs to the gig.

But these advanced decks aren’t just MP3/CD players – they also work as software controllers. Just connect MIXDECK to your Mac or PC with a single USB cable and you’re seamlessly controlling the music on your computer. MIXDECK’s MIDI communication enables you to easily map virtually any DJ software for direct connection from your fingers to software.

MIXDECK also has an integrated Universal Dock for iPod so you can play tracks from your iPod and even record your set into the popular portable music device. MIXDECK has a dedicated iPod fader, physical transport and menu controls, and click knob so you won’t have to touch the iPod once it’s docked.